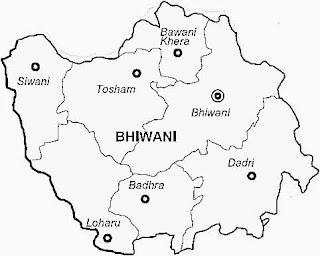 Pre-Indus Valley Civilization mine, smelt and houses have been found at Khanak hills of Tosham Hill range. Excavations (1968–73 and 1980–86) in the village of Mitathal in Bhiwani have unearthed evidence of pre-Harappan and Harappan (Indus Valley Civilization) culture in the area. Near the village of Naurangabad, about 10 kilometres (6.2 mi) east of Bhiwani city, preliminary diggings in 2001 revealed artifacts including coins, tools, sieves, toys, statues and pots up to 2,500 years old. According to archaeologists the presence of coins, coin moulds, statues and design of the houses, suggests that a town existed here sometimes in the Kushan, Gupta and the Youdheya period till 300 BC.
Bhiwani city is mentioned in the Ain-i-Akbari and has been a prominent centre of commerce since the time of the Mughals.
The district is named after its headquarters, Bhiwani city. Bhiwani city, it is believed, was founded by a Rajpoot named Neem Singh after his wife Bhani. The name Bhani later changed to Bhiyani and subsequently to Bhiwani.
The district comprises four sub-divisions: Bhiwani, Loharu, Siwani and Tosham. These sub-divisions are further divided into five Tehsils: Bhiwani, Loharu, Siwani, Bawani Khera and Tosham and one sub-tehsil, Behal.
There are five Vidhan Sabha constituencies in this district: Bhiwani, Loharu, Bawani Khera, Tosham and Bawani Khera. Bawani Khera is part of the Hisar (Lok Sabha constituency) while the rest are part of Bhiwani-Mahendragarh (Lok Sabha constituency).
Previously in Bhiwani district, sub-divisions Badhra and Charkhi Dadri and sub-tehsil Bond Kalan became part of the new Charkhi Dadri district in 2016. 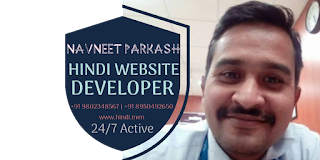